How the Pandemic Changed Multifamily Design

How the Pandemic Changed Multifamily Design

You don’t have to look hard to find investigative articles on how the pandemic has changed single-family home design. (See this one from the Washington Post Magazine or this one in The New York Times). Few outlets outside of trade magazines, however, have given enough time and attention to how the pandemic has affected the course of multifamily design.

With demand for single-family homes outpacing supply, and with the homes currently on the market being out of reach for many folks, the two conversations are intimately linked. People need places to live. So, building multifamily housing becomes more urgent.

In this blog, we explore what exactly has changed in multifamily design. In what ways are architects and designers updating their approaches? Which amenities and design elements have become essential to today’s end users because of the pandemic? We dive into these questions and outline a few of the biggest trends in multifamily design today. 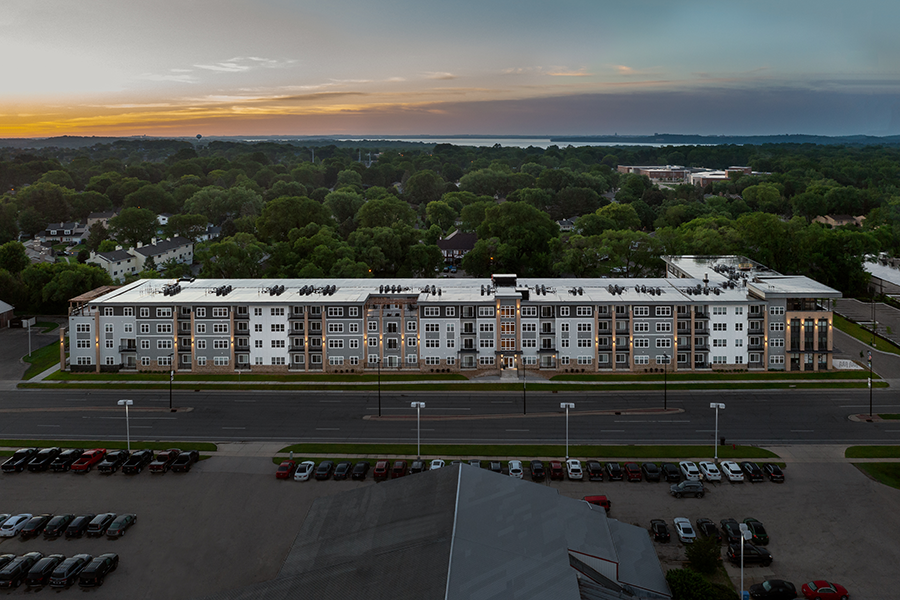 For many Americans, the pandemic dissolved any work-life boundaries that were in place prior to 2020. Kitchen tables became classrooms. Bedrooms became makeshift offices. Flexible work arrangements chipped away at traditional 9-to-5 schedules for a lot of knowledge workers.

New workplace trends have reshaped multifamily unit design in numerous ways—some obvious, some more subtle. The bottom line: What used to be considered luxuries are now necessities for many tenants.

A key component of making hybrid work, well, work? A dedicated workspace at home. In general, today’s end users need more unit space. As a result, the footprint of a studio apartment has expanded, and one-bedroom-plus-den units have become increasingly popular among renters. In addition, the study nook is experiencing something of a renaissance among designers. These 35–50-square-foot alcoves only require minor adjustments to existing floorplans while accommodating changes in end user behaviors.

The effects of WFH go beyond individual units. Designers are reconfiguring multifamily developments to accommodate new work habits. Rather than including centralized amenity areas, architects are spreading additional community rooms throughout multifamily buildings and designing flexible business centers with private spaces for concentration.

Developers have to adapt, too. Changes in the workplace are forcing developers to adjust not only how but also where they build multifamily apartments. 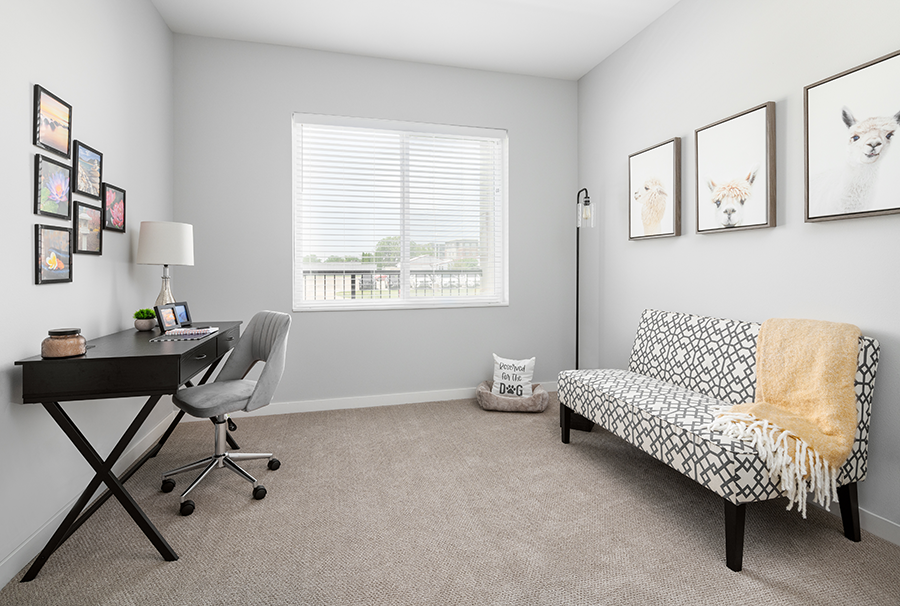 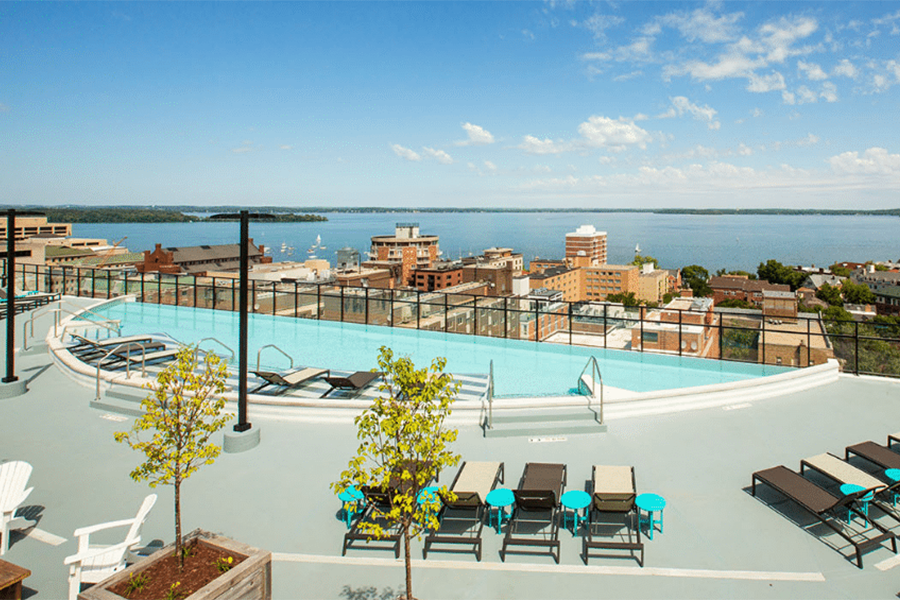 An outsized focus on the outside

Before COVID-19 vaccines were widely available in the US, the outdoors felt like one of the only safe places to gather. In turn, many multifamily developers focused on adding more outdoor amenities during the pandemic.

The emphasis on the outdoors continues today. With developers adding everything from bocce ball courts to community gardens to rooftop pools, amenities that used to be luxuries are hallmarks of modern multifamily design. Now, it’s common to find everything from dog parks and playgrounds to outdoor dining and outdoor workstations at new developments.

For multifamily designers, there’s an equal emphasis on bringing the outside indoors with biophilic design strategies. A good starting point? Increasing access to natural light and incorporating natural finishes and greenery. Designing spaces with circadian rhythm in mind can help improve residents’ sleep, mood, and more.

“Bringing natural elements into a space, can decrease levels of depression and anxiety, increase focus, and support recovery from illness,” said Christoph.

Balconies also present architects with an opportunity to connect residents to the outdoors—and to each other. By getting creative with balcony configurations, architects can balance privacy with social connection, providing the best of both worlds.

2021 was a record-breaking year for the multifamily sector. While recessionary concerns have caused experts to moderate their predictions for 2022, multifamily rent and occupancy rates remain solid, according to FreddieMac’s 2022 Multifamily Midyear Outlook. Are you planning a new multifamily development for next year?

Ramaker is an architecture, engineering, and interior design firm with locations nationwide. Multidiscipline by design, the firm is uniquely positioned to guide multifamily design projects from concept to completion.

Want to learn more about Ramaker’s multifamily experience? Get in touch with the firm’s architectural team. 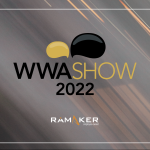